CERC has a passion for public opinion research and constantly strives to stay at the forefront of new directions in the industry. We also believe in building strong relationships with our clients. Our team works closely with each and every one to understand their needs and provide customized solutions. 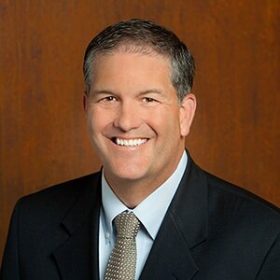 Early in his career, John Nienstedt worked in local political campaigns, was an aide to a San Diego County Supervisor and managed a 300-person political phone center in Texas. He and a partner founded Competitive Edge Research & Communication, Inc. in 1987. John acquired sole ownership of the firm in 1991, computerized the operation in 1992, expanded it in 1995 and again in 1998. CERC opened its El Paso survey research center in 2017.

John earned his master’s degree in political science from SDSU with an emphasis in social science research. His thesis was titled “A Practical Strategy for Predicting Voter Turnout in Pre-Election Polling.” John is CERC’s principal analyst and moderates its focus groups.

John is a featured speaker at campaign seminars and is frequently called on by the media and other organizations to shed light on political and polling issues. He has written articles for the U-T San Diego and Campaigns & Elections magazine. John is a member of the Insights Association and the American Association for Public Opinion Research (AAPOR), presenting papers at three AAPOR conferences. John received the SBA’s Entrepreneurial Success Award for 2000. He is Mexican on his mother’s side, a native San Diegan and an avid baseball player and fan. 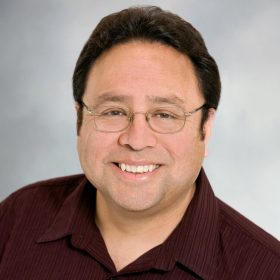 Ronald received his BA in Classics from San Diego State University in 1993 with an emphasis in Greek and Latin. He was honored as the Outstanding Graduate in his class, Magna Cum Laude and Phi Beta Kappa. Ronald also earned a Teaching Credential in the same subject from SDSU in 1994. He was raised in Central America, is fluent in Spanish, and served honorably for two enlistments in the U.S. Navy as a Quartermaster (navigator’s assistant). His interests include Mexican history, music and art, live Bob Dylan bootleg recordings, Jamaican music, Biblical Hebrew, craft brews, swimming and exploring the southwestern region of our great nation. 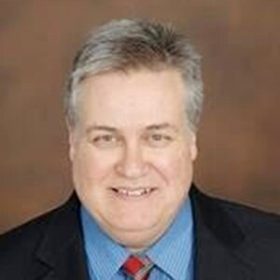 David has worked in survey research since 1996 when he managed a call center in Reading, Pennsylvania and was responsible for all personnel management, project management and facility management. During his career he has served as a Director of Site Development, a Director of Training and Development, and a Director of Field Services. He has expertise in research planning and design, questionnaire development, interface with analysts and subject matter experts, project scheduling, training of management/supervisory staff and ensuring on time deliverables. David is a Spanish speaker, developing interviewing capabilities and administrative structure for bilingual research as well as advising on cultural aspects of research design and implementation and questionnaire design. 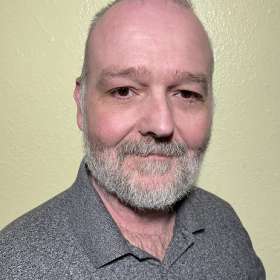 Once the data is collected, Chad prepares the samples for analysis.

Chad began his research career in 1993, working as a floor supervisor at a call center in his hometown of Louisville, KY. Since then he has acquired a wealth of experience at various research firms (including GfK-NOP and Total Research Corp.) as programmer, project manager, applications developer, assistant call center manager and call center manager. 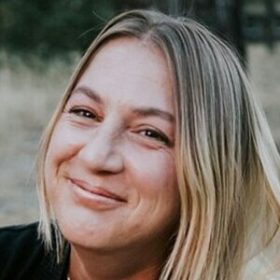 Gwen Ramsey is the first person you’ll meet when entering Competitive Edge Research & Communication’s El Paso call center. She is responsible for managing office operations, company events, payroll and personnel matters. Gwen began working at CERC’s San Diego headquarters in May, 2014. Like so many CERC employees, she began as a Telephone Interviewer. Gwen worked her way up to Quality Assurance Coach and then was promoted to Administrative Assistant. She moved to El Paso in January, 2017 to prep the new call center.

Gwen earned a Business Management Certificate in 2007 from Grossmont Adult School. She also studied and earned her diploma in Telecommunications from Associated Technical College in San Diego, becoming a certified Fiber Optic and Premise Cabling Technician. Gwen enjoys activities with her daughter such as hiking, fishing, camping, or curling up with good books, as they both love to read. Both she and her daughter, who aspires to become a veterinarian, are ardent animal lovers. 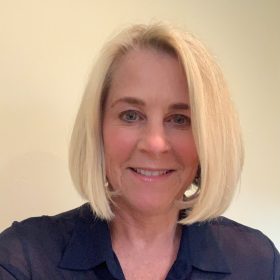 Libbie earned her BA in Liberal Arts at Cal State Fullerton in 1990. She has worked for Competitive Edge since 2014 and is responsible for billing, accounts receivable and payroll. Previously she served as an event planner for the San Diego Regional Chamber of Commerce. 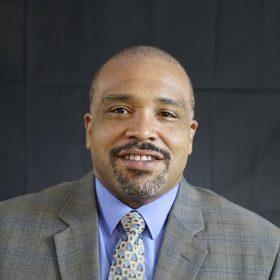 As CERC’s Research Assistant, James Iwu prepares reports, charts and presentations. He is also an audio/visual specialist for CERC’s focus & dial groups and manages in-person data collection in the field.

James is a native San Diegan who studied CPU Science at Zavier University in New Orleans. He originally worked for CERC as a CPU and Cable Tech from 2001-02. James then worked as an Interviewer and during 2004 he was promoted to Quality Assurance Coach. In August 2012 he became the Assistant Call Center Manager and then in 2014 became the first Research Assistant promoted from inside the company.

James is well-read and usually has interesting factual trivia to share with everyone on a wide variety of subjects. His hobbies are researching conspiracy theories, video games and winning at Texas Hold’em.

Serving the nation's public opinion needs for over 35 years.