The San Diego Padres have sported a wide range of differently colored and styled uniforms throughout the team’s 50-year history. Competitive Edge conducted in-depth brand research in 2016, and Padres ownership came to believe that a significant number of fans were especially hungry for new brown uniforms, a color that had been an on-and-off part of the Padres’ identity since 1969. But would enough fans want to go “back to Brown” and turn their backs on the familiar blue palette? If so, what should that change look like?
Download
Success Story 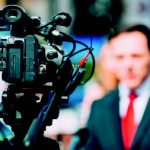 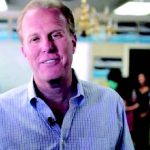 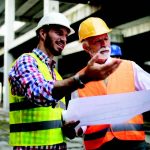 The Padres approached Competitive Edge for assistance, with the initial research idea being an online fan preference survey to determine the team uniform color scheme and stylings. After carefully considering the research objectives, we believed an online survey could not render the visual dynamics of team uniforms, especially ones that would be brand new to survey respondents. We instead proposed to build the research around dial-tests conducted during specially-designed focus groups that included male models wearing prototypes of the uniforms. Using that technique would allow us to dynamically capture fan attitudes toward a range of styles and color combinations.

Competitive Edge’s initial study included ten rounds of 30-minute focus groups over two days to examine and evaluate uniforms onsite at Petco Park. Randomly selected Padres fans ranging from 12 to 80 years-old and residing in households earning more than $40,000 annually were recruited by CERC. Each of the 241 participants was armed with dial-test meters and trained to use them. As participants saw a parade of uniform color combinations, they expressed their preferences using the dials (right for like, left for dislike). The large sample of randomly selected fans coupled with the moment-to-moment data provided analyzable results for all angles of each uniform style. The final research phase, conducted seven months later with 280 randomly selected fans, presented a range of uniform stylings based on the color preferences identified in the initial phase. Fans again used CERC’s dials to express their preferences during each 30-minute focus group.

For this study, our well-honed focus group facilitation techniques were supplemented by our Perception Analyzer dial-testing equipment. This vital tool generates robust moment-to-moment data. It allows participants to respond anonymously, a critical feature when evaluating things like uniforms that can arouse fan passions. CERC analyzes the data provided by the dials to deeply understand fan preferences and perceptions. During the styling portion of the focus groups, fans were presented with a range of Padres marks, from logo placement to fonts and color arrangements. Verbal feedback was captured using audio/visual equipment.

The initial research taught us that a burning desire for a “distinctive” or “unique” look exists. Fans want their Padres to be instantly recognizable as San Diego’s ambassadors. Color Preference Analysis of the dial-test data showed that while the current Blue and White color scheme had supporters, Brown and Gold came to the fore. Brown and Gold would lead to greater enthusiasm and less blowback, so Blue and White was out. Stylings All gold insignias on hats were deemed sharpest and drew the most thumbs-up. Pinstripes were favored, as was “Padres” across the chest, rather than “SD.” An enclosed Friar logo was preferred. A key insight that came through all the analysis is that no color scheme or uniform style would make even most fans ecstatic. The proper objective is therefore to make as many fans happy while making as few fans disappointed. Once this became evident, the marketing team gained confidence to move forward.

The Padres are wearing Brown and Gold uniforms, bolstered by a widely promoted “Brown is Back” marketing campaign that has reinvigorated the Padres fan base. Big decisions require bulletproof research, and Competitive Edge is proud to have delivered research results that emboldened the Padres to move forward. The new uniforms were unveiled in a well-attended event at Petco Park, with Manny Machado sporting the home uniform, Eric Hosmer wearing the home alternate and Fernando Tatis, Jr. dressed in the pinstriped road uniforms. The reception in San Diego and in the media has been roundly positive.