California State Senator Brian Jones is one of the “good guys” in elective office. Despite being an elected official since 2002, Brian is down-to-earth, approachable and engaging. In his recent race for Congress, people I know described him as “the candidate you’d most like to have over to dinner.” It’s easy to see why from this Edgy Interview, but now I know he’s also the guy to ride mountain bikes with.

As a kid, who did you want to be when you grew up?

A cardiac doctor, then a dermatologist, then, after I couldn’t pass chemistry or physics in college, a business owner.

Who should play you in your biopic?

First concert you attended and how did it make you feel?
Night Ranger (it really was, I’m not plagiarizing Craig Benedetto… lol) on a date at the Colorado State Fairgrounds with a girl who was a year older than me in high school. She was leaving for college and pretty much dumped me that night. I say pretty much because she never said anything, just ignored me that night and left without saying goodbye. Funny thing is I ended up working for her dad (he was a dental tech, I helped make crowns) my senior year, so she still had to put up with me.

Who is your favorite artist — any medium – and why?
Johnny Cash. My dad introduced to me and he reminds of my dad; they look and sound similar and have similar childhood struggles. Johnny is from Arkansas and my dad is from Oklahoma. Johnny Cash was very talented and diverse [ed. As demonstrated by this, the greatest video of a cover song]. His life struggle and continuous successes and failures are an encouragement for all of us to never give up and not let our failures define us. All part of his strong Christian testimony.

Name the living person you most admire and what makes them admirable?
I’m answering this in the sense of whom I would most like to meet and hang out with. Jeremy Clarkson, James May, and Richard Hammond. I admire those guys and really would like to meet them and be on their show (Top Gear on BBC or The Grand Tour on Prime). They seem very personable, have built an incredible TV and auto brand, and look like they are always having a good time.

I am not often starstruck, but I ran into James May last year when I was in Japan. I saw him coming from about 100 yards away and I wanted to say “hi” and introduce myself and some of the senators I was traveling with. He literally walked right passed me. The problem was I couldn’t get his name out fast enough because I kept tripping over Jeremy’s and Richard’s names until he was about 100 yards passed me. Then I blurted out across the crowd “Mr. May!!!” It was pathetic; he looked around with a face of “what was that?” jeered at me… and kept going. I don’t blame him.

I also have a BMW dual-sport motorcycle that I ride around town, but also on long adventure trips on-road and off. Instead of flying to Sacramento in December for the swearing-in, a couple of buddies and I took three days to ride to Sacramento. We turned an 8-hour, 500-mile drive into a 3-day 1000-mile adventure through the high desert, Sierra Mountains and gold rush territory. We took 2 days coming back along the coast. California is a very beautiful and diverse state for exploring. It’s amazing the natural wonders in our state.

If you could go back in time, which former President would you like to chat with and what’s the topic?
Teddy Roosevelt. How did he accomplish so much so young, and how was he able to take so much time for his “safaris?” Teddy would take several months at a time to explore the Western territories. Also, what inspired him to expand the Navy and start the National Parks?  He was a pivotal President. Teddy also held the record for the most handshakes in one day at 8,510 on Jan 1, 1907 at the White House. I highly recommend reading (or audio) his three-part biography by Edmund Morris, which reads like an adventure novel.

How did you first get involved in politics and what keeps you there?
Helping my church in Santee get a Conditional Use Permit in 1999. Volunteering for Randy Voepel in 2000 in his run for mayor. Getting elected to City Council in 2002. What keeps me is there is still a lot of good work to do for good people.

If you could repeal one law, which would it be and why?
Jerry Brown’s (version 1) law allowing government workers to unionize and form PACs (the #1 threat to an accountable government). PAGA, the Private Attorneys General Act (one of the top threats to California small business). 2010’s Proposition 14, the top two primary (a leading cause of uncompetitive elections). That’s a good start… there are at least two thousand more.

Which are your proudest legislative achievements?
My “Made in the USA” labeling reform. California had the most restrictive requirements for labeling products manufactured in California as “Made in the USA.”  It took several attempts while I was in the Assembly and I was finally able to partner with a Democrat Senator to get it through both Houses and signed by Governor Brown.

Also, the best thing about being a state legislator is helping constituents navigate the morass of state agencies. We have helped thousands of residents get the help they need from the state when an agency has been giving them the run around. This is extremely important right now regarding the EDD and unemployment benefits. I have a great staff that gets this done. This is my proudest accomplishment every day!

Tell us a great story from the campaign trail.
When I ran for Congress in 2008, my oldest son was in 8th grade and worked vary hard on the campaign. He would come into the campaign office after school and make campaign calls, walked precincts on the weekends, went to a lot of events with me and he actually managed some of the volunteers. He was 110% committed and was sure I was going to win. On the night of the primary, we obviously lost. I had gone downtown for a bit to make the rounds and when I returned to the campaign office, he was the first one to meet me at the door. He had these huge ‘ol tears in his eyes, with a look like “what happened Dad?” It was devastating as a father to see your son’s heart broken. All I could do is give him a big hug and assure him everything would be OK. He really worked his butt off in that race, my other kids and my wife did too.

Most people say they got a lucky break at some point. Tell us about yours.
Losing the congressional race in 2008 lead to my victory for the Assembly in 2010. Basically, working my ass off (and many others working theirs off too) in 2008 and failing, lead to success in 2010. I don’t think anyone gets a big break unless they have worked hard and failed previously.

Favorite cuisine and where do you get it?
I don’t have a favorite, I like all food. I probably eat Mexican more than any other and my favorites are both in Santee: Hilberto’s and Marietta’s. I also like Italian. I had an intern from Afghanistan two years ago and her mom made us a bunch of Afghan food and it was incredible. [ed. Good Afghan food is the best!]

What three things are must-haves in your fridge at all times?
Straus organic non-homogenized whole milk with the “cream top” in a glass bottle (it’s Oreos’ favorite milk!), apples, Coca-Cola.

What is your favorite moment from sports?
My oldest son played center and long snapper in high school football (at 6’3” and 185 pounds… he didn’t have weight, but he did have leverage). His school (Christian High) was playing their rival which was favored for the championship.  With 35 seconds to go they needed a field goal to win. My son was a junior and the kicker was a sophomore, but neither had ever been in a clutch situation like this. The kicker’s parents were sitting in front of us and we were all excited and nervous for the boys. The snap was perfect and the kick was perfect; the underdog won! Because this was a CIF championship game, the boys got championship rings. It was a great shared experience.

Which reality TV show would you most like to compete on and why?
The Amazing Race with one of my kids [ed. This is the best family show on TV]. I have two boys and girl and I can’t decide which kid to take I on the round-the-world competition. Each have different strengths that complement my deficiencies (and vice versa) to make us a winning team. I love the sense of adventure of traveling around the world. My kids are great to travel with.

What item would you like to buy if it went up for auction and you had the money to afford it?
A restored and operating World War II B-24 bomber. My grandfather was a flight engineer on B-24’s was shot down in the South Pacific and was a POW for 18 months. They were built here in San Diego, so we should have one on display.  I would donate it to the San Diego Air & Space Museum with an endowment to operate it. 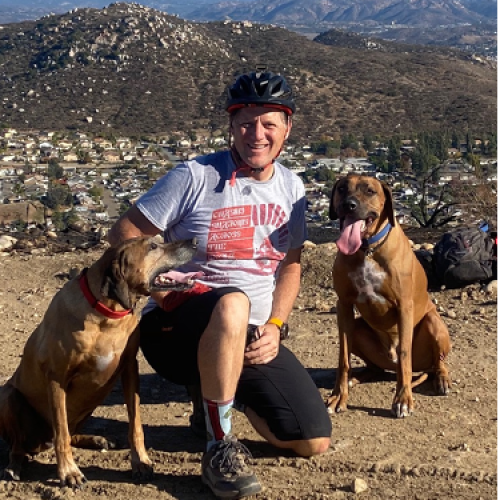 This is Tooltip!
Brian Jones 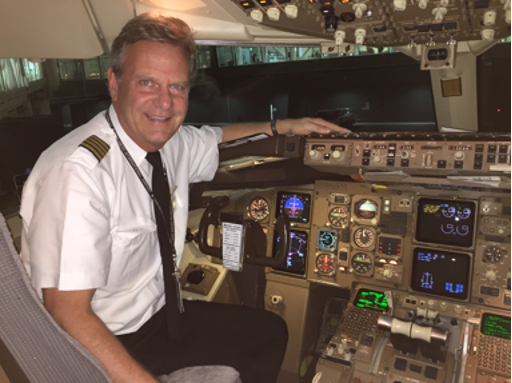