Working from his Del Cerro lair, John Hoy is a San Diego political consultant who takes a thoughtfully methodical approach to winning elections. There is no bluster. There is no BS. There is no flash of bravado. John just thinks through every situation he’s faced with and guides his clients to make the best decision given the circumstances. I’ve had the pleasure of working with him on big wins like Lorie Zapf for San Diego City Council and Jan Goldsmith for San Diego City Attorney. John’s also the master of the signature-gathering process, recently helping Soccer City’s backers submit and qualify petition signatures in record time. As he mentions, his wife Cheri’s pretty great too.

What is the best advice you’ve ever received and who gave it to you?

One of my mentors once talked about the need to remember that “your opponents are not giants.” By that he meant that the other side may seem much stronger, but they can make mistakes or overstate their strength and misjudge the situation. You need to outwork them and take advantage of their mistakes.

I love the friendliness and assertive self-confidence of Americans. And I definitely love the First Amendment and am very happy this current Supreme Court does too.

It would be helpful to California’s long-term prosperity if the state’s infrastructure needs were addressed. But I’m not sure the legislature will ever get serious about it.

I would definitely like to talk with President Lincoln about the lead-up to secession, the beginning of the Civil War and his thinking at the time. Our problems always seem immense, but the challenges Lincoln faced were extraordinarily difficult.

What music are you listening to these days?

My music preferences are really wide ranging. Classical or jazz are usually the main music when I’m working – especially musicians like Horace Silver, Miles Davis, John Coltrane, Oliver Nelson. My Spotify playlists are a big spread – I listen to classic rock, Indie rock and European groups like Quadron and The Foreign Exchange. And random music suggested by my wife (she has an amazing knowledge of music) or KCRW’s Morning Becomes Eclectic.

What was the last book of fiction you read? Give me a one sentence review.

I reread Arthur Koestler’s Darkness At Noon fairly recently. Agents of the totalitarian state break the will of a revolutionary who harbors doubts about the current course of the revolution. This is one of the truly great novels of the last century.

Obviously a little hard to narrow it down, but probably the photographer Andre Kertesz. Fantastic composition and use of light in his photos of Paris in the Twenties and, later, New York.

Donuts. Sadly, they have no redeeming nutritional value.

The Padres 1998 playoff and World Series run was awesome. And we shared it as a family since our kids were old enough to experience the excitement.

Someone wants the best pizza in town, where do you send them and what should they get?

As a fan of New York-style pizza, I have to say Bronx Pizza on Washington, for a slice of the pepperoni, sausage and meatball pizza.

The truthful answer is Diet Coke, since I drink so little alcohol. But I’m a San Diegan, so my favorite alcoholic beverage would definitely be craft beer. But I resist the tyranny of IPA – not a fan

I was hired by the National Republican Senatorial Committee where I had the opportunity to work with and learn from a group of really smart political minds.

My father, to be sure. But I also continue to learn from my friends and colleagues in politics and public policy and the tech world. And I regularly quiz my polling guru John Nienstedt to pick up new insights about voters and local and national trends. Ed.

It’s actually fairly close to home – I love the stretch of California’s Central Coast from Cambria to Big Sur. With an obligatory stop at Philippe’s in LA for French dip sandwiches for the trip.

Name a living person you admire who I may not know. Why do you admire them?

I won’t name them, and you may know some of them, but I have had the honor of working with people who survived extraordinarily difficult childhoods and have gone on to build productive careers and, most important, become wonderful parents to happy and successful kids.

If you could change one thing about yourself, what would it be?

I wish I could sleep through the night.

Actually, I think I’ve been a pretty good father if my daughters are any indication. Of course, I was really blessed to share the work with Cheri (referred to as “the best mom ever” in our house). 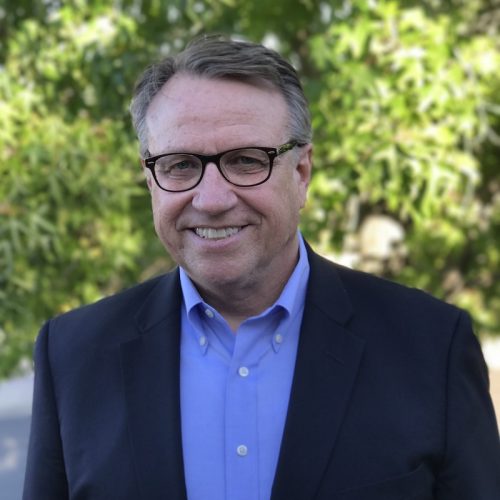 This is Tooltip!
John Hoy