In Competitive Edge’s three decades we’ve had many successes that make us proud. We love helping clients win in whatever arena they find themselves. One of our most gratifying efforts was helping Oceanside City Councilman Jerry Kern beat back an attempted recall. Not only did we assist his campaign in crafting the message that would take him to victory and vindication, our poll was spot on. Yeah, we know that frequently happens; it’s what we’re paid to do. But in Kern’s case we conducted the poll five months before the election.

One of the most important issues facing California today is the housing crisis. We are starting to lose the Millennial Generation to other states because of the cost of housing. The median income for a family of four in San Diego is approximately $79,300. Using HUD’s definition of affordability, that would qualify for an apartment renting for about $2,000 per month or a home priced around $340,000. Currently the median price of a home in California is $553,490. When housing costs are considered, San Diego County’s poverty rate rises from the official 14.5% to 21.5%. This is what’s causing our next generation to look for jobs and opportunity elsewhere. Government is a huge part of the problem. Currently, more than 40% of the cost of a house is the result of fees and regulations, and that doesn’t take into account the cost of processing delays. If we are serious about solving this issue, we must lower the cost of government and streamline the process.

There are lots of proposals for education reform. What would you change and why?

As a founder of a charter school, I think the charter movement is the most important education reform that will help California and move us out of 49th place in national education rankings. Charter Schools have forced school districts across the state to become more responsive to the needs of the students and have given parents options to find an education that best fits their child. The other reform I would like to see is more opportunity for Career and Technical Education (CTE). We need to equip our students with the job skills that will be in demand in the future. This doesn’t always involve a four-year degree, but it’s about helping students develop a skillset that provides them with the opportunity to be successful. I think it is a disservice to our next generation to push them to get a degree that has little or no value, while burdening them with crushing student loan debt without any way of paying it back. In reference to the housing crisis, one of the reasons Millennials are unable to afford housing is that they are carrying a large amount of debt even before they start looking to qualify for a home loan.

Which American from history do you identify with most and why?

The American I most identify with is President Theodore Roosevelt. Mainly, because I just finished reading his biography and I appreciated his willingness to try new ideas. My favorite quote is “It is hard to fail, but it is worse never to have tried to succeed.”

My wife, Blake Kern, is my favorite artist. She does altered books, collage cards, shadow boxes and more. I have two of her paintings hanging in my City Hall office. You can follow her on Instagram.

What was your favorite musical genre as a teenager and what is it now? What music are you listening to these days?

I grew up in the 60’s when only AM radios were available in our cars and at home. Fortunately, the pop stations of the time were very eclectic. In a four-song set you would hear the Beatles, Johnny Cash, Marvin Gaye, and Peter, Paul and Mary. I still think it is the best decade for music period. I still listen to different genres with no particular favorite. I also mix in classical with George Frideric Handel being my favorite.

I grew up playing baseball. I played from eight years-old through high school and would smuggle in a transistor radio to school to listen to the World Series because they were day games back then. My fondest memory is teaching my son to play the game and seeing him hit a grand slam to win a high school tournament game at San Diego State Stadium. However, I have been working for almost the past nine months to bring a minor league soccer team to North County. After a year in, San Diego team 1904 should be starting their second season in Oceanside in 2019.

Hot dogs would be my area of expertise. I probably have consumed thousands of them watching baseball games over the years. I still make them when I watch a ball game at home.

What is your favorite alcoholic beverage in winter and summer?

My absolute favorite beer is San Luis Rey Red by Oceanside Ale Works. I can drink it year-round, but in the winter I tend to drink Scotch and water.

When you retire, what’s your second career going to be, if any?

Local government is my second career. I am a retired high school teacher. I taught history, civics and economics and I have no further aspiration beyond the Supervisor’s position.

Most of my political thinking was shaped by my high school and college social science teachers. Looking back, I think most of my instructors were moderately conservative, I would call them Eisenhower Republicans. On the other hand, my English teachers were out there on the left edge somewhere. I did better in history than English.

For a young person either going into politics or teaching I would give them the same advice: Listen. Understand what others are truly saying and act on it based on your core values. Today we tend to talk at each other and not to each other.

I would like to return to England. I spent 2 ½ years there while I was in the United States Air Force. I really enjoyed the museums, the history and the people (I could almost understand them most of the time.) It was a great base to see the rest of Great Britain and other European counties.

When I was growing up I dreamed of playing centerfield for the Dodgers. The Dodgers came to LA the year I started Little League. Centerfield was the glamour spot in the Major Leagues at the time with Willie Mays, Mickey Mantle and Duke Snider. [ed. Little known fact: before Jerry Coleman, Duke Snider was the voice of the Padres.]

My greatest accomplishment by far is 46-year of marriage and raising two really great kids and watching them grow into responsible, caring adults. 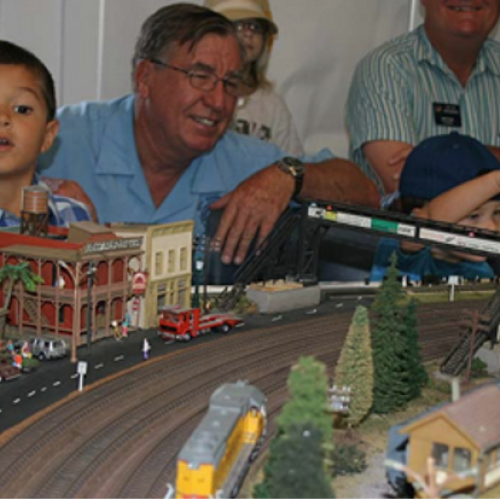 This is Tooltip!
Jerry Kern